Immaculée Ilibagiza was born in Rwanda and studied electronic and mechanical engineering at the National University. She lost most of her family during the 1994 genocide. Four years later, she emigrated to the United States and began working at the United Nations in New York City. She is now a full-time public speaker and writer. In 2007 she established the Left to Tell Charitable Fund, which helps support Rwandan orphans. Immaculée holds honorary doctoral degrees from The University of Notre Dame and Saint John’s University, and was awarded The Mahatma Gandhi International Award for Reconciliation and Peace 2007. She is the author, with Steve Erwin, of 'Left To Tell: Discovering God Amidst the Rwandan Holocaust.' 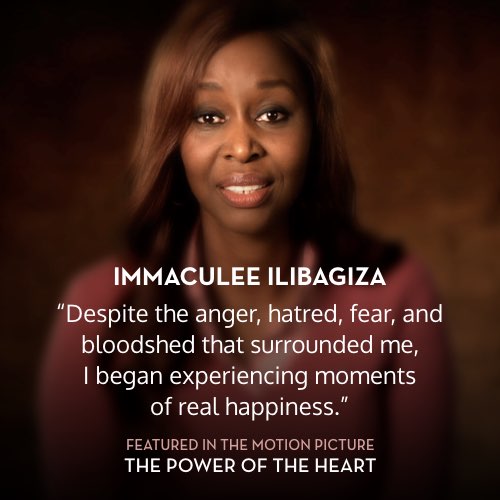